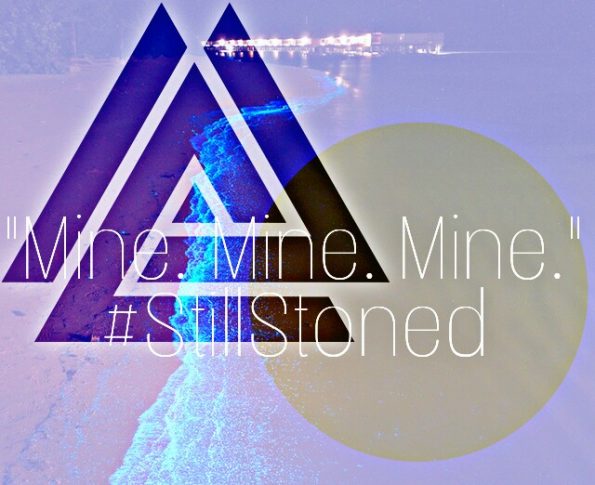 When RAHEEM gets it right….bruh.

Eryanna inhaled before she allowed her eyes to move across to the woman beside her. This felt like some sort of concubine shit. It didn’t seem like something that she should be openly doing. Not in front of others on such an occasion as this. That was more of her insecurities speaking that sure facts.

She was…being dramatic. She knew it. Raheem had given her multiple opportunities to escape this shit show but she was so persistent on wanting to show others that she could do what they were doing. She looked down at her attire, a long purple grape wine colored slinky dress that went well beyond her ankles, touching the surface of the heated sand beneath her feet. She had her hair down, tamed in large curls highlighted with blonde tips that brushed against the back of her shoulders. A single black rose with it’s stem cut, tucked into her hair like a faux pin.

She looked out on the beach, watching as the men of the hour were walked out from behind the make shift stage and escorted to their designated chairs. Eryanna watched Raheem as he was lead out by a very beautiful woman. He wore the same color as her, only his attire was a two piece linen suit that she purchased him when they arrived. She blushed. Excited about the fact that he wore the gift she brought him, she wasn’t even sure if he liked it. So to see him wearing it, on this night of all nights, she was…honored. The color looked good on him. Everything looked good on Raheem June.

The music began and Eryanna was sure that she would die a slow death in this moment.

“Just relax,” she coached in a small voice. “Remember what you were taught. Remember to be sexy. And bitch, whatever you do…don’t start twerking!”

She laughed to herself as she watched the first woman began to walk out, taking slow seductive steps towards her man. She was American as well, on a vacation just like Eryanna and Raheem, but she looked as if she were familiar with the tradition of the island. The colorful dress she wore moved with each step she took, slow…measured caters that matched the high hat of the beat being played.

Then the second woman came from behind the  curtain, leaving just Eryanna to peek out. She too was American, thick and well defined in the structure of her body. Her hair was out, blowing in the wind that seemed to pick up the moment she made her entrance.

Eryanna tried to keep her composure, but everything collapsed around her when her eyes landed on Raheem. He wasn’t watching the other two women, his eyes were centered on the curtain that she stood behind. The intensity in his gaze could be picked up, even at this distance. She could almost hear him calling out to her even though his sexy ass lips hadn’t moved. His beard was freshly lined thanks to the barber that he visited right before they left the states. He sat with his legs gapped open, a slight bow to his large frame in the seat. His hands on his knees, waiting in anticipation.

Eryanna picked up the end of her dress as she stepped from behind the curtain, gaining the shifting of Raheem in his seat. He sat at attention.

She stuck her leg out, eyes low as she watched him watch her. She moved to the caters of the drums, allowing them to cement the movements that she learned in her head. She twirled, kicking up small bouts of sand as her hands moved down her breast, resting on her thighs. Her head went back and she twirled again, her hair flying with the  wind before she began to advance, getting closer and closer to a waiting Raheem who was now leaning forward in his seat.

“My shit,” she heard him growl, obviously not liking how revealing the dress that she wore was. “My Stoner.”

The three ladies were finally in position to began the most seductive portion of the dance. If they were in the states, it would be referred to as grinding, but here, where they were, it was called Soukous. Birthed in the roots of Africa, Soukous was composed of sexual vibrations, rotations and ticks that immedialtely put the person viewing the dance in the mind frame of sex. Eryanna didn’t think Raheem needed any help getting into that mind frame though, he took residence there.

Eryanna released her dress as the next beat began, prompting the movement of her hips.

Raheem felt his tongue grow thick in his mouth as he watched Eryanna. “Oh my God,” he groaned as he watched her hips jerk in rhythm with the beat. Her tattoos seemed to glow in neon colors, her hair seemed to possess magic as it flowed with the wind. She had her bottom lip tucked into his mouth, a smile playing at it’s corners. She was a temptress in her element and he was a spider in her web of seduction, with no pressing desire to be freed. She was majestic.

She took a step, getting closer to him, causing air to become trapped in his lungs. He fought to keep his hands in place.  “Mine. Mine. Mine.”

Eryanna leaned forward, her hands inches away from him as she rolled her hips. Raheem couldn’t resist reaching out to her, but she slapped his hand away, causing him to frown.

His eyes moved up to hers, anger dwelling in their depths.

Raheem leaned back in his seat. “Is it not my shit?”

Eryanna smiled, finally touching him. He exhaled, relieved as she climbed into his lap.

His eyes low, he ran his hands down her thighs before reaching around to grab her ass, the other people on the beach completely forgotten. “Then don’t keep it from me.”

Eryanna began to rotate against him, feeling his manhood rise against her. “I’d never do that.”

Raheem leaned forward to press his face against her chest, inhaling her. “You promise?”

Raheem leaned back to look at her. “Can you do those moves you were doing on a dick? My dick specifically?”

Eryanna licked her lips. “We may never know, Raheem.”

He moved his hand to cup her womanhood through her panties. “You can teach this old dog new tricks, Stoner.”