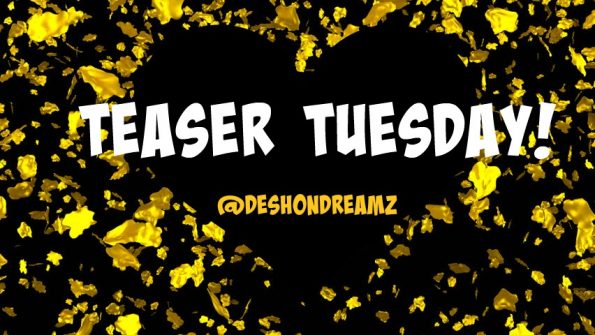 I came back with goodies! Here is an extended sneak peek of the book I am currently working on. So different for me and I am having such an amazing time writing this book! Paranormal Romance and I will be together for a long time! Please enjoy and let me know what you think!

WELCOME TO AELAYAH’s Sweet Spot! This scene is when Aelayah and Gyntry make their first encounter, at the Grand Opening of her bakery! 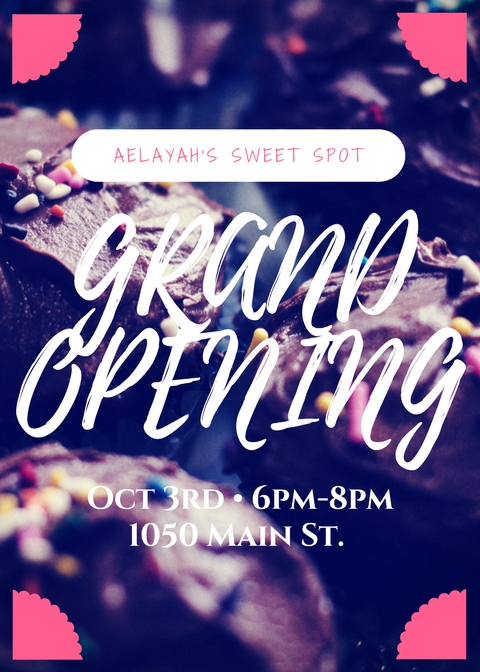 His need had his feet moving.

He reached the display, allowing his eyes to take in the assortment of cakes in front of him. Licking his lips, Gyntry reached and grabbed a cupcake off the display and looked at it for a moment before he pushed it into his mouth, not bothering to remove the wrapper as he allowed the smoothness of the icing to coat his taste buds.

“Ummmmm”, he heard come from behind him. He turned around with icing all over his face and in his beard, eyes wide with content and excitement. He continued to eat the cupcake while looking at the beautiful woman in front of him. She was distracting him from his task of eating as many cupcakes as he could. She was a welcomed distraction though.

“The opening is over”, Aelayah stated as she watched the man grab another cupcake off the display that she was shutting down. She didn’t mind him eating the cupcakes since she was planning to dispose of them but after dealing with Hyden, she didn’t have more room for bullshit. She wasn’t scared, for some reason she didn’t feel that the man would hurt her in any way, he just seemed to really like the cupcakes.

Aelayah’s thoughts slammed into her mind all at once. She placed a hand on her chest as she watched the man grab yet another cupcake, leaving just the wrappers on the counter. “Are you hungry? Homeless?”

Gyntry continued to grab cupcakes and stuff his face. Aelayah became annoyed when he ignored her but she remained patient. “Do you need real food? I could get you real food.”

Gyntry shrugged his shoulders as he finished the last cupcake his body could take. He grabbed a napkin from the side of the display and began to clean his face. Aelayah stood there with wide eyes, watching him clean his face as if what he’s done was in the norm for him.

“I appreciate it”, Gyntry mumbled as he grabbed the wrappers off the counter and placed them in the trash with the napkins he used to half clean his face.

He turned to walk out of the bakery.

“Whoa whoa whoa”. Aelayah exclaimed as she got in front of him to stop him. “You can’t just come in here, eat my cupcakes without paying for shit and just walk out! That’s rude as fuck!”

Gyntry looked down at Aelayah with a smirk on his face. “Rude?”

“Yes, rude! I worked hard as hell on those cupcakes and you just come in here and scarf down five and leave? Where they do that at?”

Gyntry licked his lips again. “You made those?”

Aelayah frowned. “Mothafucka”, she mumbled as she turned in a slow circle. ‘Aelayah’s Sweet Spot’… it’s my bakery! My opening and you telling me you dragged yo ass in here eating my cupcakes and you don’t even know who I am?”

Gyntry shrugged his shoulders before he began to walk around her.

Aelayah grabbed his arm and pulled him back. “Stop trying to leave! If you didn’t come in here with the intention of buying anything then what you just did is called stealing!”

Gyntry knew what stealing meant, it was something he was told to never do. “I didn’t take shit!”

Aelayah’s eyes ballooned. “What the fuck would you call what you just did? You didn’t ask! I don’t have shit green with a old ass man on it in my hand! You came in here and ate my products without paying!”

“You had them accessible to me so; I took what the fuck I wanted.”

“It’s called a display! You still have to pay for it asshole!”

Gyntry smiled. “You ain’t have no sign on that shit that said I had to pay. I would have read it because I can read!”

Aelayah wanted to punch this annoying, disrespectful…admittedly handsome as fuck man in his face. “You want a cookie for knowing how to read or some shit?” Her face was scrunched up in annoyance. “I can mothafuckin give you one, my dude!”

Gyntry walked closer to Aelayah, forcing her to take a step back until he had her pinned against the glass of the cookie display. He looked down at her, lowered dark eyes pulling her in as his face went from being slightly annoyed to visibly aroused. Aelayah was now scared.

“Look”, she whispered. “Just leave, I won’t call the police or anything. Just leave and don’t come back.”

Gyntry’s brows drew together as he reached out to touch her face, tucking his bottom lip into his mouth, his eyes grew darker as they moved over her lips. Aelayah was reaching to grab the roll pan that she had sitting on the side of them as he continued to move closer to her lips. Before they could connect, she moved swiftly, grabbing the roller and smashing it against Gyntry’s head. He moved back, grabbing his head and releasing a grunt. “What the fuck”, he groaned.

“Yeah, mothafucka”, Aelayah shouted as she jumped up and down, her small frame moving into defense mode. “I got something for that ass! You wanna come in here, eat my cupcakes and try to press up on me? I got yo ass!”

“I ain’t doing shit until you leave!”

Gyntry wasn’t really hurt, but he knew he had to reach to what seemed to be an attack on him. “You can’t hit people with shit!”

“You hit me again and it’s gone be an issue.”

“There is already an issue! I want my got damn money for my cupcakes!”

Gyntry dropped his hand from his head. “Really? You hit me with that shit because you want money for your cupcakes?”

“You damn right! I was good in here, cleaning and prepping everything to be put away but you come in here clearly with the shits!”

“I just wanted whatever the hell smelled so good. I found this flyer on the light post down the street and followed the scent to this place. I can give you money for…”

“Wait”, Aelayah stated, a silly blush covering her face. “My deserts brought you here after all?”

Gyntry’s frown grew. “Fuck is you…”

“Okkkk”, Aelayah stated as she did a little dance. “My aroma been making moves down the block. I see you, girl!” This was her small celebration for herself.

Gyntry wanted to continue to be pissed but she was so damn cute to him. Since being on Earth, all he did was have sex. Sex he discovered that he enjoyed tremendously. “I wanna fuck you.”

Aelayah’s movements stopped as her eyes, filled with renewed annoyance, fell on his face. “What?”

“Dude is you dumb? Get the hell out of my bakery and never come back!”

Gyntry frowned as he continued to rub his head. “What? Why?”

“What do you mean why? You on a losing streak right now and its best that you stop while I still have the mind to allow you to leave out of here! Now go!”

“What about my need to have sex with you?”

Aelayah felt her blood pressure rising. “My dude! You don’t even got four minutes like Avant had to get the fuck out of my bakery! Your need doesn’t have anything to do with me! Furthermore, it’s nothing alluring about blurting something like that out. But I wouldn’t expect more from your rude ass! Now, you got less than sixty seconds to get out of my place of business or I will have to call the police on yo weird ass. Get out!”

Gyntry stood stonic in his confused state. He didn’t understand why she was so upset with him, oblivious to the reaction that he was getting based off of his words and demeanor. He didn’t intend to be rude or anything of that sort, he just wanted to eat her cupcakes and have sex with her. Her. Just her.

He reached into his pocket and pulled out a one hundred dollar bill. He sat it on the table in between them before he took a step back. He was quiet for a moment, looking her over, taking her in.

Attraction. That’s all it was, right Gyntry thought to himself. She was enticing just like every other earth woman. That’s all it was about, this weird tugging in the pit of his stomach that she cause. It was because of his need to mate with her. That was it.

“I want.” Gyntry stopped speaking to better arrange the words that were in his head. “ I would like to come back, if not for sex then at least for more of those”, he stated as he pointed at the cupcake display.

Aelayah was wondering if she was stuck in the Twilight Zone. “If and when you come back, I will call the police on you!”

Gyntry hated the sound of that so, without further delay he turned and walked out of the bakery.