I’m just gone leave this right here and let the title deal with itself. 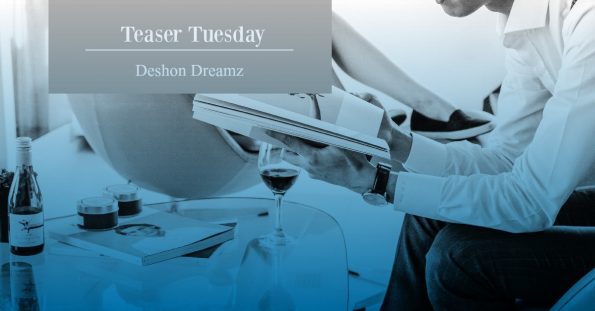 Ashura is returning to work but not in the way that we would expect.

Ashura placed a kiss on Zaire’s cheek before she stood up out of the car to look at Anthony. He was pouting and though he was a grown man that should not be pouting at all, Ashura had to admit that it was cute on him.

“What time you plan on getting off and shit”, Anthony asked as he looked through the backseat mirror to check on Zaire before he turned his glare to his wife.

Ashura chuckled before she got on her tip toes to kiss him. “Babe, I’m just getting things back up and running, it’s going to take a minute for things to settle. My nights will be a little longer but I want you to be patient with me.”

Anthony huffed. “I get that shit but I mean- what’s a man to do when he be missing his wife and shit. Can you like ask someone else to handle the extra shit and you just focus on getting yall some cases to work.”

“It’s my second week at this firm”, Ashura mumbled.

“Trust me, I know. I don’t need you to tell me that shit. You still haven’t answered my question though.”

“I’ll try to wrap things up by ten tonight.”

“Ten!” Anthony didn’t like that sound of that. “Hell nah! Fuck that! Yo ass gone have that shit wrapped up by seven and Zaire and I will be out here waiting for you. She gone need some milk because you didn’t pump enough for you to stay here til ten.”

“I ain’t giving her none of that powder shit!”

“Yup and you can keep that shit. My baby ain’t drinking that poison. Fuck kind of milk come in a powder form? Shit is not normal!”

“Zaire gone need milk and I’m gone need some pussy, we’ll be back to get you at seven! Im about to go take Zaire to see my parents because ma been begging me to bring her by then we going back to the house to kick it and wait until six.”

Ashura inhaled before she shrugged. “Ok, whatever.”

She went to walk off but Anthony grabbed her. “When do you plan on meeting my parents?”

Ashura exhaled. “I don’t know when I’ll be ready.”

“You’re my wife and the mother of my child. I won’t be able to hold my mother off for too much longer, love. She wants to meet you.”

“I know, I understand and I’ve been extremely patient. We’ve been married for almost a year, how long do you expect my family to wait to meet my wife?”

“And don’t know where she came from. Think I’m some hoe that’s making up a story of being married.”

Ashura’s head dropped before she looked back up at him. “Can you just…give me a minute or two. Like, I just need a little more time.”

Ashura kissed Anthony. “I promise”, she mumbled, staring into his eyes. “I’ll meet them soon. I want to meet them you know that, it’s just that, it’s a big step for me.”

Anthony pulled her to him, accepting her arms as she wrapped them around his waist. He reached up, pushing her wild hair away from her face and kissing her deeply. “I understand. I always understand. Just…think about when so that I can get my mother off my back. She wants to meet you.”

Ashura consented. “Baby, I want to meet her to. I love you and I know that me meeting your parents has to happen sooner than later. I’m sorry that-!”

“Don’t start that shit, you always apologizing. I’ll handle my parents. You just focusing on getting as much work done as you can so that you’re outside and waiting for me at seven.”

With that, Anthony kissed Ashura and grabbed her ass as if they weren’t standing in the middle of busy downtown Dallas. “Don’t be in that bitch flirting with the paralegals like you did me.”

“I did not flirt with you. I was a professional. You on the other hand, start fucking the client that you were sent to kill.”

Anthony’s smile dropped. He hated when she talked about why he was in her life in the beginning. He never planned to hurt her, she knew that, yet she still decided to make jokes like this. “Ashura, I hate when you do that shit.”

Ashura threw her head back and laughed. “Calm down, Killa.”

Anthony turned his head when she tried to kiss him which caused her to laugh and grab his face, forcing a kiss on him. “Stop being like that”, Ashura fussed.

“You need to stop bringing up old shit. I don’t like it and you know it.”

“I was gone kill you but yo pussy was good. Good pussy saves lives.”

“Oh my God”, Ashura blushed as she pushed herself out of Anthony’s embrace. “Bye!”

“I love you”, Anthony stated through his laugh as he kissed her.

Anthony released her, giving her a smile as she adjusted her briefcase in her hand and walked up the stairs to the building that housed her new office.

Ashura decided that she didn’t want to run the firm this time; she would rather have a team around her, so that she could still focus on being a wife and a mother. It took a lot convincing when it came to Anthony allowing her to go back to work, she couldn’t even apply for a position until Zaire was six months. It didn’t take long for her to be offered a job and she flew back to work as soon as she could, still attempting to get into the swing of things.

Ashura walked up the stairs into the office building that she worked in with a smile on her face. This smiled wasn’t forced, it was genuine and she felt good.

She greeted the man at the security desk with a rushed good morning and nod before she took the elevator to her floor. She entered her office and placed her briefcase down taking her seat.

A knock on her door got her attention. She smiled when she saw one of the other partners, Vanessa Styles. THE Vanessa Styles, once her biggest competitor, now her co- worker.

Ashura waved her in.   “Good Morning!”

Vanessa was shocked as hell when the resume of Ashura Trenton came across her desk. She didn’t know what happened to her firm, didn’t care. She had made several attempts to get Ashura to join teams with her and was head over hills excited about that fact that she had finally joined forces. If she had learned anything about Ashura, it was that it was better to be with her than against her. “I know you don’t want to see my face this early but I just wanted to make sure you got the things I sent you.”

Ashura laughed before she nodded. “I did and its fine that your in here this early. I was just going to look over them.”

“No rush”, Vanessa stated. “I was just making sure you got them. How are you settling in?”

Ashura licked her lips. “I’m settling. I think I need to get used to use being on the same team.”

Vanessa folded her hands together in a praying manner. “Pretty please get used to it? I need you, girl! I need you here with me!”

Ashura laughed and waved her off. “I think I will settle just fine. No worries.”

“Listen”, Vanessa let out, “You single handedly almost killed this firm. Snatching everybody and they momma. I need you on my side. This firm is just as much mine as if is yours. I don’t care that I started it. Its yours as well. Got it?”

Ashura inhaled. “Got it.”

“Good.” Vanessa turned to leave before she stopped. “Oh um…your husband called and told me…”

“…said that I am to kick you out of her at seven. So…yeah. We doing lunch?”

Ashura shook her head. “I can’t believe that man called you! Sure, we can do lunch!”

Ashura laughed as Vanessa left, shaking her head at Anthony’s dramatics. She grabbed her phone off the desk and exhaled before dialing a number.”

Ashura disconnected the call and placed her phone on her desk before she took in a breath. She had gotten everything in her parents’ old house disconnected. Anthony was handling the selling of the property because even though it had been years since they’d been gone, she knew she wasn’t ready for that. Ashura vowed that she would let go of past hurt. Hearing that the number was disconnected put a lot of things in perspective for her, they were gone and there was nothing that she could do about it.She glanced out of her office window, the sun shining bright in the sky, kissing her skin in a low caress. She would be ok. Eventually, she would be ok.