This Teaser Tuesday is dedicated to the anthology that I will be apart of titled, “I Like My Kisses Down Low”. Super excited and honored to be a part of this book, alongside such amazing writers.

A Taste of the Control Freak…

Nina was slightly freaked out by the room number, but she quickly decided to push that feeling back into the pit of her stomach.

“Don’t be boring. Don’t be boring, lame Nina.” She coached herself before taking in a deep breath through her nostrils. She was a nervous wreck, that feeling being offset by her curiosity. More than anything else, she was tired of working as hard as she did as a child protective services caseworker for the city of Dallas and going home to do nothing but be dull. Not ever playing or enjoying the fruits of her labor. She was too young, a mere twenty- six, to be all work and no play. She wanted to get out, even if it was just to dance and sip on something strong. Maybe entertain someone of the opposite sex in hopes that she made herself presentable enough to get asked out on a date.

She gnawed on her bottom lip before she knocked on the door of the penthouse suite. Again, she pondered on the door number. “How is room sixty- nine all the way up here?”

Before she could dwell on it too long, the door of the room was swung open. The person on the other side of the door wore a mask, which made Nina frown.

The lady smiled behind her mask as her eyes roamed over Nina. Her mouth watered. Nina was thick as hell. Full breast that was begging to be released from behind the restraints of her cream dress that hung on to every curve of her full body to perfection. Nobu, the host of the evening, wanted to taste Nina. Every inch of her full-figured chocolate covered body. She could tell she was a first timer; she had on far too many clothes.

“Hey girl,” Nina greeted awkwardly. “I was um…looking for a coworker of mine. Her name is Angie; she invited me, told me to mention her name at the door.  I-I um…don’t know what time this thing started but she told me to get here at eleven. In my head I was like, why the fuck the party starts so late?” Nina laughed in her discomfort, “but ummm…nonetheless, here I am!” Nina licked her lips before tucking her bottom on into her mouth.

Not wanting to scare Nina off, Nobu removed her mask and smiled. Nina’s eyes danced around Nobu’s face, taking in her natural beauty.

“Your friend Angie is here”, Nobu supplied with a smirk.

Nobu inhaled. “I would love nothing for but for you to come inside but I want to make sure that you are clear on what kind of party this is.”

“Well, Nina. The first thing that I determined, which would make you stick out like a sore thumb is, you have on too many clothes.” Nobu smiled as Nina’s eyes rounded before she spoke, “Shit Nina. You should be naked.”

Nina drew back. “Bitch what?”

Nobu smiled harder. “You shouldn’t have on clothes.”

“But clearly, I do and clearly this ain’t my type of party sooooo, I’m out. Tell Angie freaky ass that I came, saw, and left!”

Nina went to storm off, but when she turned, she collided with a strong, solid chest. Her arms went out to try to grab him, but her footing slipped and she landed into the arms or Nobu. Something, she didn’t know what immediately, gave her complete comfort in her position. Yet, she straightened. Standing out of Nobu’s embrace as her eyes took in the man in front of her. He was tall, dark, and mysterious with the demeanor of a King. His eyes, tenebrous, long dreads escaped down his back, pulled into two tight braids. Ample lips and the scent radiating off of him was doing a number on Nina’s common sense. If his fine ass was going into this party, she wanted to be wherever he was going to be. She let her eyes move down him, taking in the fact that he was fully clothes, just as she was.

Nina blinked. Hard. Not expecting a British accent to come out of the mouth of the chocolate specimen before her.

“I should not have been that close to you.”

Nina swallowed then nodded her head. “It’s fine. I was um…just leaving.”

Nobu watched the exchange between the two and saw this as an opportunity to keep Nina around long enough for her to be able to taste her.

“Nina”, Nobu spoke, voice seductively low, “Come inside. Keep your clothes on, I want you to be comfortable but I don’t want you to leave. This is Dom’s first time here too.”

Nina turned around to look at Nobu, she was a beautiful woman. Too beautiful to be real. Never in Nina’s life, had she felt any type of attraction to a woman, but she could admit that Nobu was beyond beautiful and attractive.

Dom stepped around both Nina and Nobu, glancing back at Nina and licking his lips before he entered the room. Nina’s eyes followed him; her body actually leaned to the side slightly so that her eyes did not lose their connection to him. Nobu released a chuckle as Nina straightened her stance and exhaled her shattered resistance.

“How about an icebreaker”, Nobu suggested.

“Ice Breaker. Ask me anything you want to ask me and in turn, I get to do what I want to do.”

“What exactly is it that you want to do?” Nina didn’t hide her disorientation from her face.

“I think you are the cutest thing, Nina”, Nobu admitted. “Cute in your confusion and curiosity. I know that something inside of you wants to know what’s going on here. I am more than willing to tell you but if you do leave, I have to at least end the night with a taste of you.”

Nina swallowed, some of her inhibitions evaporating as she did so. “Ok, what is this place?”

Nobu smirked. “You have to first agree to my terms, Nina.”

“What do you want to taste, because I ain’t down for fucking. I mean, not that you’re not beautiful. I mean you are if I was a dude. I’d smash. But I don’t do girls.”

Nobu tilted her head to the side. “Have you ever been with a woman before?”

“Then can you honestly say what you don’t do, Nina?”

Nina gave an askance look. “You know what, I’m out.”

Nobu reached for her, pulling her back to her then turning around to press Nina’s back against the door. Nina went to move, but her eyes connected with Nobu’s, hazel in color, with green trimming them, almost hypnotizing Nina.

Nina closed her eyes as Nobu’s hand moved up her thigh, pushing her coat out of the way before she stepped into her, bringing their bodies together. “You were invited because someone in your life believes that you aren’t living life to the fullest. Someone wants you to let loose, and enjoy yourself in a manner that you more than likely haven’t at this point. You want to know what this is about. It’s about inhibitions. It’s about doing something that you have never done and possibly will never do again. It’s about sex. It’s about orgasms, Nina.”

Nina felt her dress being lifted but she had no recollection of when her panties were pushed to the side. Nobu didn’t want to give Nina time to second guess what was about to happen to her. Her thoughts couldn’t get too far away or she would lose her. She refused to lose her.

“Nina, curious pussy”, Nobu practically moaned against Nina’s lips as she pressed her fingers against her clit. Nobu’s moans mixed in with Nina’s eyes her eyes lowered. “Curious pussy is the best pussy.”

She was wet. Nobu knew she would be. Rather Nina wanted to acknowledge it or not, her curiosity centered on far more than what was behind door number sixty- nine. “I knew you would be wet. I knew you were turned on. Why wouldn’t you tell me that your pussy was wet?”

Nina inhaled, trying to pull her eyes away from Nobu’s but she couldn’t. He felt as if she was under hypnosis, unable to control her body. Unable to fight the pull Nobu seemed to have over her, capturing her in her web in a manner of minutes. She was wet, too wet. Never in her life had she had this type of reaction to a woman. Never.

Nobu reached up with her free hand and ran her fingers through Nina’s hair, landing at the nap of her neck before her hand moved down to caress her breast. Nobu continued to press her fingers into Nina, which caused Nina to moan.

Nina nodded her head as her body began to tremble.“Open your mouth. Do we have an understanding, Control Freak?”

“Open your mouth. Do we have an understanding, Control Freak?”

Again, Nina nodded her head, but she added a yes into the mix. Nobu smiled as she pulled her fingers from Nina, lifting her fingers to place them at her lips before she stuck her tongue out to taste her. Nobu smiled at Nina’s bewildered expression. Nobu’s expression then turned serious as she gestured her head toward the door of the hotel room. “Please come inside so that I can see you cum. Even if I am not the one giving you orgasms tonight Nina, I want to see it happen. I want to see it happen time and time again. Please, come inside.”

Nina released a breath as her hands reached up to shuffle through her hair. She looked into Nobu’s eyes once more before she turned and grabbed the door knob to the room. “Fuck it”, she mumbled as she turned the knob. 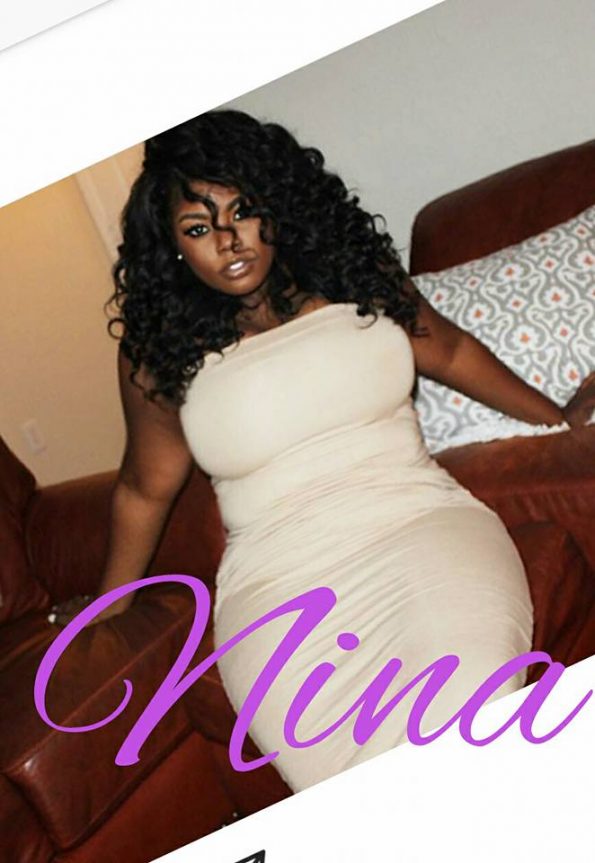 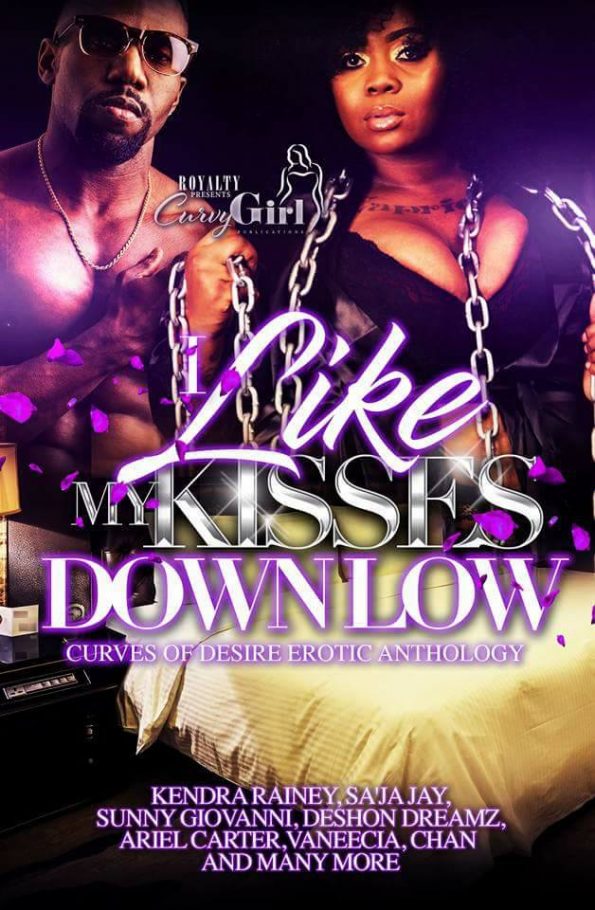 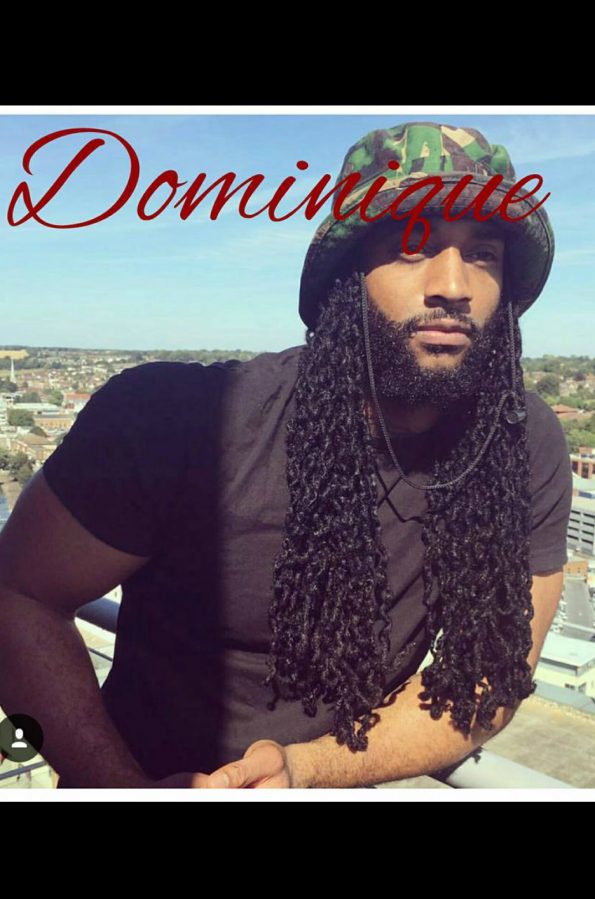