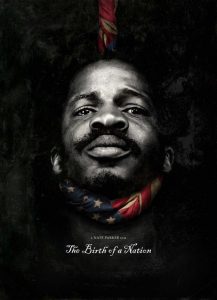 The issue of Nate Parker vs. Nat Turner, I’ll start by giving you a small history of both men from their Wikipedia pages.

Nate Parker (born November 18, 1979)[1] is an American actor, director, producer, writer, and musical performer who has appeared in Beyond the Lights, Red Tails, The Secret Life of Bees, The Great Debaters, Arbitrage, Non-Stop, Felon, and Pride.[2] Parker made history at the 2016 Sundance Film Festival with his directorial debut feature film The Birth of a Nation when Fox Searchlight Pictures acquired the distribution rights to the film for $17.5 million, which broke the record for the most paid for a Sundance Film Festival production surpassing Little Miss Sunshine, which had been acquired by Searchlight for $10 million ten years earlier.[3]

In 1999, while a sophomore at Pennsylvania State University, Parker, and his roommate and wrestling teammate, Jean McGianni Celestin, were accused of raping a fellow Penn State student.[44][45][46][47] The unnamed accuser stated that Parker and Celestin raped her while she was intoxicated and unconscious and said she was unsure of how many people had been involved.[6][48] She claimed the two harassed her after she pressed charges and that they hired a private investigator who showed her picture around campus, revealing her identity.[49]Parker was found not guilty on all four counts brought against him.[50] Celestin, who shares a story credit on The Birth of a Nation, was convicted of sexual assault and received a six-month to the one-year prison sentence in 2001,[51] later raised to two to four years per state sentencing guidelines.[52] Appealing the case on grounds of ineffective counsel at the first trial, Celestin’s initial conviction was overturned in 2005 and he was granted a new trial to rehear the charges.[53] Despite the accuser’s willingness to testify at a second trial, prosecutors declined because other witnesses had scattered all over the world.[54]

On campus in 2001, students raised concerns that race may have influenced Celestin’s initial conviction: Celestin is black (as is Parker), while the accuser and all but one of the jurors were white.[51][55]

Nat Turner (October 2, 1800 – November 11, 1831) was an enslaved African American who led a rebellion of slaves and free blacks inSouthampton County, Virginia on August 21, 1831, that resulted in the deaths of 55 to 65 white people. In retaliation, enraged white militias and mobs killed more than 200 black people in the course of putting down the rebellion.[2]

Turner led a group of slaves carrying farm implements in a rebellion against slavery. As they went from plantation to plantation they gathered horses and guns, freed other slaves along the way, and recruited other blacks that wanted to join their revolt. During the rebellion, Virginia legislators targeted free blacks with a colonization bill, which allocated new funding to remove them, and a police bill that denied free blacks trials by jury and made any free blacks convicted of a crime subject to sale and relocation.[2] Whites organized militias and called out regular troops to suppress the uprising. In addition, white militias and mobs attacked blacks in the area, killing an estimated 200,[3] many of whom were not involved in the revolt.[4]

The rebellion was suppressed within two days, but Turner eluded capture by hiding in the woods until October 30 when he was discovered by farmer Benjamin Phipps. Turner was hiding in a hole covered with fence rails. While awaiting trial, Turner confessed his knowledge of the rebellion to attorneyThomas Ruffin Gray, who compiled what he claimed was Turner’s confession.[21] On November 5, 1831, Turner was tried for “conspiring to rebel and making insurrection”, convicted, and sentenced to death.[22] Turner was hanged on November 11 in Jerusalem, Virginia. His body was flayed,beheaded and quartered, as an example to frighten other would-be rebels.[23] Turner received no formal burial; his headless remains were either buried unmarked or kept for scientific use. His skull is said to have passed through many hands, last reported as held in the collection of a planned civil rights museum for Gary, Indiana. African-American groups called for it to be buried with honors.[24] 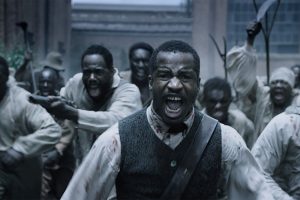 This is my issue, for a lack of a better word.

The rape allegation in Nate Parker’s situation occurred in 1999 and has now resurfaced for no known reason. In fact, Parker has been out of the spotlight for the last two years, working solely on Birth of A Nation, the Nat Turner story. He has not had anything come up in his past before this even though this information is so easily found on his Wikipedia page. Never heard it before now with the very controversial roles that he has taken i.e The Great Debaters, Red Tails ( both highly driven on race and racism). Still, nothing was said about this very public information. So, why now?

This movie is different and definitely right on TIME. The words “Oscar Worthy” has been mentioned alongside this movie since it was presented at Sundance. I’ve followed it and its growth since the beginning and I was excited about the friction that it was gaining. It seems to me that as soon as the allegations resurfaced, the drive behind this movie dwelled dramatically. But still, I ask, why? Why does this movie now all of a sudden not have the steam behind it? Because it has somehow got smeared by the allegations that were presented to its Director and Leading Male Character.

Why is this an issue?

Because African American people NEED to see this movie. THE WORLD needs to see this movie. The message behind it is so strong, profound and moving that it threatens the balance of silence and prejudice. It grants eyes and ears some truth that have somewhere down the line gotten buried. Most black people aren’t aware of who Nat Turner is but he was one of the first slaves to get tired. A preacher, a man of GOD, a clean soul who was subjected to slavery and just got tired.

I will be going to see this movie and I will be taking my son. I want him to see the difference between giving up and standing up. The right and wrong way to live this lift in post-slavery America where black men are slaughter every day. Sound familiar?

Black people are constantly told to “Get Over IT!” The years of suppression that our ancestors faced, we need to get over it but remember the Holocaust, 9-11, The Dallas Five, The Paris Attacks, all of these other events that have heavily affected America. But we are supposed to forget the thing that heavily and very directly affected us as a race. How?

Support this movie because you need to see it. Support it because it was shopped independently through Sundance and picked up, giving Nate Parker and his production team to get the BIGGEST Sundance payout ever. This movie is mandatory. 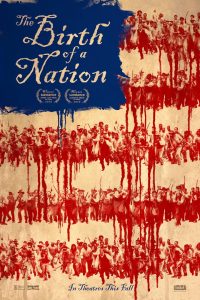