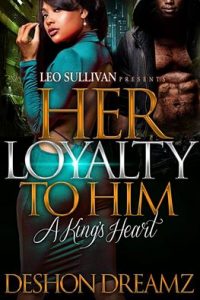 The dripping sound of a faucet methodically echoed in the recesses of his mind as his eyes slowly opened, gradually coming into focus in an effort to take in his surroundings. He turned his head to the sound, noticing the opened door to a bathroom on the opposite side of the room. He closed his eyes back and attempted to sit up in the foreign bed that he was in. He groaned as he adjusted his legs and pulled himself up by his arms.

Becoming frustrated by the heaviness of his body, due to the sedation that he was under, he groaned as he pushed himself up as best he could. “Where the fuck-”

He frowned as he looked to the left. “Who the fuck is you?”

The man that occupied the room with him looked taken aback. He then visibly relaxed as the door to the room opened.

Apollo watched as the most beautiful woman that he had ever laid eyes on walked in with a worried expression on her face. She had her was pulled back into a puffy ponytail, smooth mocha colored face. She crossed her arms over her chest and took a deep breath while licking her lips. He wanted to know more about her sexy ass; she put him in the mind frame of Keisha from Belly, just a half a shade lighter and with natural hair. Her hips poked out on the side, showing off a perfect figure eight. She had these light brown eyes that seemed to search his soul in one glance. He definitely wanted to know more about this chocolate beauty.

He frowned at her because she wouldn’t take her eyes off of him. Who is she? Apollo thought as he looked her over.

“How do you feel?” Her voice matched her perfectly, soft and sexy as hell.

Apollo moistened his lips with a flick of his tongue as he took in her attire. She was dressed down in some sweats and a baggy shirt. She looked as if she hadn’t slept in a while. He wasn’t sure why, but she was looking at him as if he was about to evaporate, and that was the scariest shit she would ever face.

“I feel like a fucking truck is sitting on my chest. Where am I?”

She bit her bottom lip as tears gathered in her eyes. She was hesitant when she spoke. “Do you know who I am?” A tear slid down her face as she looked over at the man sitting quietly in the chair. “Or him? Do you remember anything?”

Apollo frowned because he was confused as to what she was asking him or talking about. What the hell was he supposed to be remembering? He tilted his head to the side and looked at her. “How about you tell me who the fuck you are?”

She blew breathe through her lips as she wiped a tear from her face. “Shit, Apollo.”

Confusion caused his face to contort as he looked at the woman in front of him. “How the fuck do you know my name?”

“Because I’ve loved you since I was twenty years old. I’m the mother of your children and your wife. That’s how!”

The tension in the room went from minimal to intense with just that one statement. Apollo’s face scrunched up, and he was preparing to tell this bitch off until ol dude, who seemed to fade into the background, spoke.

Big T saw the exchange between the two and knew that they needed the room to themselves. He couldn’t bring himself to leave Apollo’s side. Blood couldn’t make them any closer. “You want me to step out?”

Apollo’s eyes landed on the man that was sitting in the corner as he looked up at the delusional ass woman that just called herself his wife and the mother of his children. He didn’t have a wife, and he sure in the hell didn’t have no fucking kids.

Her sympathetic eyes landed on the man sitting in the corner. “Please, Big T. I’ll call you when I come out of here.”

Apollo watched silently as Big T stood to leave the room. He wanted to move, but his body wouldn’t allow that shit. He didn’t know how the fuck he ended up in the position,   but he knew he needed to move the fuck around. He was in an unfamiliar place with people he didn’t know.

He glanced down at his legs and realized that they were bandaged all the way up to the middle of his thighs, his arm was in a sling and his abdominal area was wrapped in gauze. He felt pain every time his chest rose and fell, his mind was racing a million miles a minute. What the fuck happened to me?, he thought as he looked back up at the beauty that stood in front of him.

She seemed to brace herself before she spoke as if she was the President about to give a State of the Union Address. “Your name is Apollo Kwame King. You are 35 years old and was once the biggest drug kingpin in the south.” She stepped closer to him with her arms wrapped securely around her. “Your mother was Reindea King, full Jamaican, she passed away two years ago from brain cancer.  Your father is Kwame King, half black and half Jamaican, is still living in Jamaica. You love him very much.” She stopped talking and looked at him. “I’m your wife, Jade; we’ve been married for ten years, together for fifteen. We have a set of twins, a boy and a girl; Kwame and Jayda. They are eight.

“Ja-de,” she annunciated with attitude after he said her name wrong.

Apollo tilted his head to the side. “Whatever the fuck!”

“Look, you not in a position to be a dick to me. I’m about the only motherfucka who has been taking care of you, Apollo. You’re almost handicap, my nigga.”

He had to interrupt her when she said that. “Handicap? Drug Kingpin? Wife? Married…me? To you? I mean, you fine as fuck, but married? I would never do no dumb shit like that.”

She looked offended. “Well, you did that dumb shit ten years ago,” she said flashing a big ass ring in his face. “I understand you may not remember-”

“Nah, I don’t remember because I wouldn’t do that shit. And you talking about kids and drugs and shit. I don’t know you Jade, but you trippin!”

Apollo could tell that his actions and the way he was talking was bothering her, but he needed her to understand that he didn’t know what the fuck she was talking about.

Jade took a measured step closer to his bed. “So, you telling me that you don’t remember anything?”

“What the fuck did I just say? I don’t know who you are or what you up to, but that shit ain’t gone fly, baby girl.”

She shook her head and laughed. It wasn’t a joyous laugh at all; the shit sounded like she wanted to snap Apollo’s neck.

“I can’t deal with this shit right now,”she mumbled before she turned to walk out of the room.

“Where you going?”, Apollo asked successfully halting her. “I need to get out of this bed.”

“As you can fucking see,” she snapped, beyond frustrated with him. “You can’t walk! You can’t do shit, so I’ve been doing everything for you! I don’t have time for this! I’ll be back in an hour to feed you and give you your medicine!”

“Man, I ain’t eating shit that you attempt to feed me, and I don’t need you to do shit for me! I just need to get out this motherfucka!”

Jade fought the tears that gathered in her eyes. This was like pouring salt in a fresh ass wound. She knew she couldn’t hold him to it, but every time he opened his mouth, it pierced her heart. “Do whatever you want, Apollo King! At this point, I don’t give a shit, my nigga!”

She went to storm out of the room again, and Apollo called her, stopping her again. “Where the fuck is you going?”

Jade turned back to him. “I’m going to finish making the funeral arrangements for my sister.” She had fresh tears in her eyes and her bottom lip trembled as she shook her head.

Apollo felt like he was being selfish, but he was in unfamiliar territory with people that he didn’t know. “What happened to her? Your sister? You said funeral arrangements…what happen to her?”

She released that scary ass laugh again as she wiped her cheek. “The doctor said that you may have an issue with memory loss, but you don’t remember shit?”

He didn’t know why, but when she made that statement, his heart dropped.